← more from
Junior Aspirin Records
Get fresh music recommendations delivered to your inbox every Friday.

by The God in Hackney 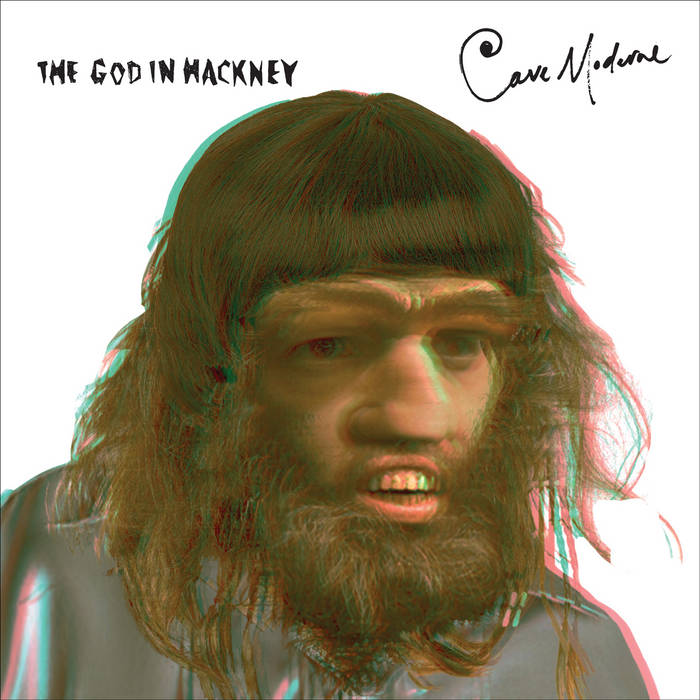 "Like 'gumby' clay, I very much recommend this album." - MIKE WATT

"The God In Hackney’s ‘Cave Moderne’ is most compelling to me, having played 'pert-near every track on my radio show as one indicator, and another being what I'm writing here. I feel 'mind movies' when I hear this album, I trip when I hear this album… Like 'gumby' clay, I very much recommend this album." –Mike Watt (Minutemen / The Stooges / fIREHOSE)

Cave Moderne is the debut full-length LP by The God in Hackney, released in an edition of 300 copies on translucent orange vinyl. A concept album set in the contemporary Neolithic, it features chants, drums, guitars, synths, shells, earth, teeth, tree bark & cheap music apps. This is the soundtrack to our contemporary cave life.

Synthesizing the band’s love of krautrock, spiritual jazz, Brian Eno, Peter Gabriel, On-U Sound, The BBC Radiophonic Workshop, Monty Python and Detroit techno, The God in Hackney have forged a distinctive sound that hovers between classic British art rock and the farther reaches of experimental electronica. Their sensibility is shaped as much by their childhoods in the spookier corners of rural Britain as it is by the band members’ individual lives today in Los Angeles, New York, Brighton and London.

The God in Hackney are a quartet that was formed in London in 2009, the result of art school and musical alliances forged over the years from bands including Skill 7 Stamina 12 (Junior Aspirin), Socrates that practiçes music (Junior Aspirin), Charlottefield (Fat Cat) and Imitation Electric Piano (Duophonic).

Their rare but infamously strange live shows have included the ICA London; an eight-hour non-stop set at the Centre Pompidou, Paris in 2010; a former New York strip club during the Performa11 art festival; and a near-legendary outdoor show in front of 3000 people on the Chinese/Russian border in 2012 – soon to be the subject of a documentary by London-based film director Marcus Werner Hed.

"...whoa ok! this is cool - that's not really the right word for it... it is primal...just let go...like entering into a separate universe, like kids do...when you're good friends and you're young, and you hang out alot and your create this space of your own. I love it when people send me records, but i love it even better when i get stuff i never heard of and i really like it. This is really good."
Dereck Higgins

“The God in Hackney’s debut… keeps taking over the snake brains of all those who converge around it–and has evolved into the first dominating album of the new semester.”
KDVS Radio - University of California #1 album (September 2014).

"Like Matching Mole getting seduced by Shadow Ring." Charlie Fox

The God in Hackney London, UK

Bandcamp Daily  your guide to the world of Bandcamp